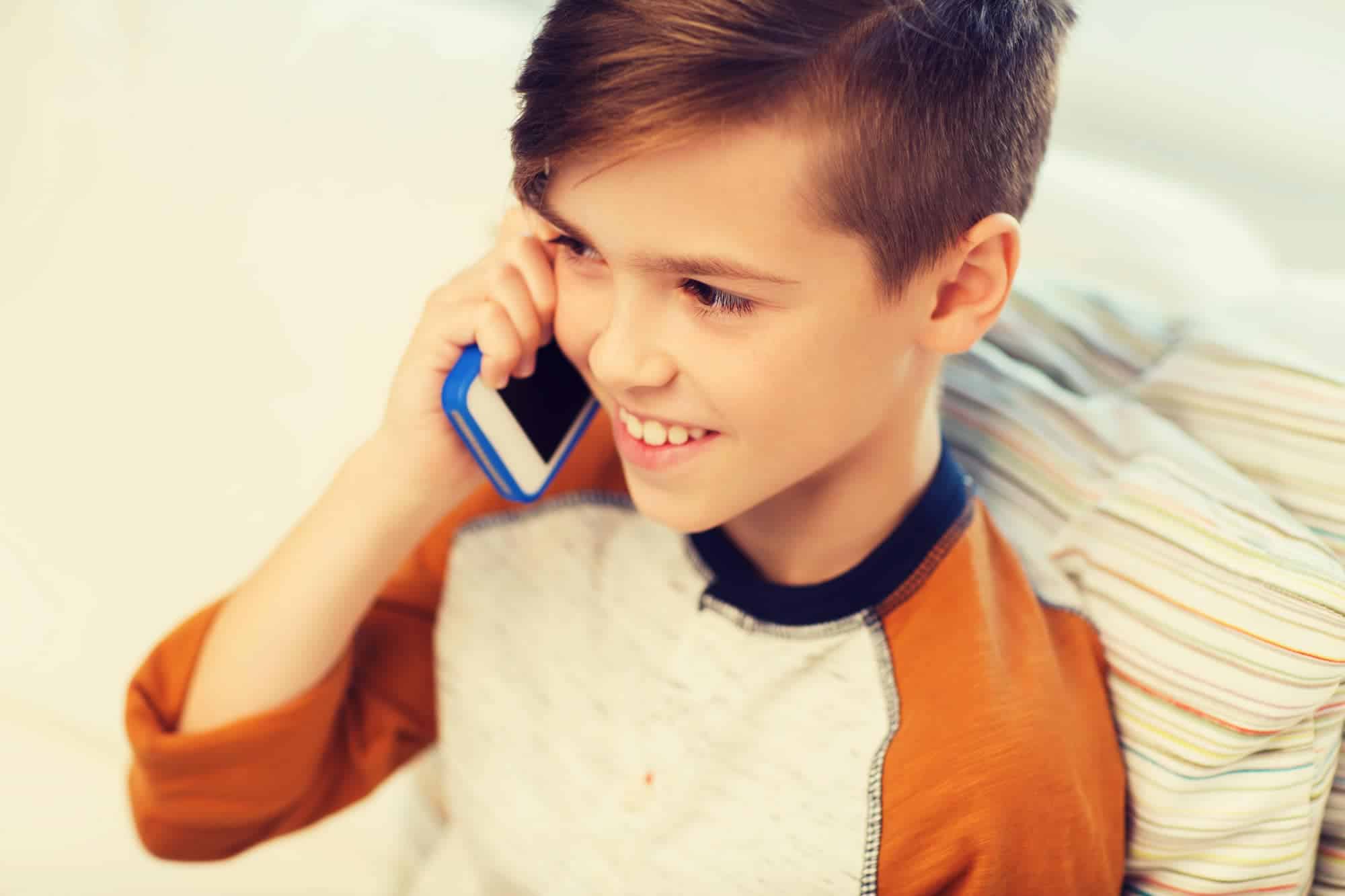 Remember the days when you stretched out every curl from the tethered phone cord in desperate attempt to talk to your friends away from listening ears? Or maybe you recall arguing with your sibling as they continued to pick up another house phone during your call, either to eavesdrop or tell you to get off they phone so they can use it. These are the sweet and precious memories of home phones.

If you are a parent of young children today, chances are low you still have a home phone, or land line phone, in your house. As smart phones became commonplace, the land line was just one more bill to pay, device on the counter-top, and one more place for telemarketers to reach you.

When presented with this dilemma, parents contemplate their options: sharing their own phone with the child or getting the child a phone of their own.

If you’ve allowed your child to distribute your cell number to their friends (who happen to lack communication skills) you already know the problem with sharing your phone. Those friends then start calling and texting incessantly in order to access your child. If telemarketers are annoying, having 10 year old children call or text you repeatedly until you answer is downright painful.

For privacy reasons, many parents feel uneasy handing their smart phones over to their kids. After all, this grants them free access to their lives. Consider what is found on a parent’s phone: emails, text messages, banking apps, pictures, social media accounts, etc. It’s not hard to see why there is apprehension. A child who wants to dig into your personal information or snoop around for the fun of it can certainly do so.

Unfortunately, more parents are allowing the unease of sharing their phones turn into validation for giving their children their own personal smart phone.

This is a major reason why the average age to receive a smart phone is 10.3 years old. The child who just wanted to talk about silly stuff with her friend over the phone becomes the 10 year old child with a smart phone and a screen obsession and possible addiction. She becomes the 10 year old who is begging for social media accounts or perhaps already has them and is posting regular selfies for strangers and predators to see. She quickly ascends to the 10 year old who believes she is “adulting” and thereby can do anything an adult does as she carries around the same $700 device they similarly have.

For a child of any age, smart phone ownership is a steep and slippery slope – especially when parents are oblivious to how toxic and dangerous it can be. This painful plummet into the pit of obsession, loss of childhood and good character is entirely avoidable by a third alternative.

The third option to meet our children’s desire to communicate outside the walls of home is to have a Home Smart Phone. This is exactly as it sounds: a smart phone (easiest to use an old model you have laying around) given its own phone line and set in a designated place in your home for anyone to use. It should have tight restrictions regarding internet use, social media, app store, games, etc. while allowing phone calls and text messages to approved people. Children use this phone to fulfill their desire to communicate while preventing the overwhelming obsession a personal smart phone brings.

There are so many advantages to having a Home Smart Phone, all of which help flatten the steepness of the slope and ease our children into smart phone use:

A key to making this a successful transition into Smart Phone use is taking everything “smart” off of the phone. These phone have enormous capabilities which no young adolescent needs access to. They only require a phone which can make calls and send texts. Like our childhood days, they know there is a phone for them to use to communicate. Some argue,“we should not drag our kids back to the past we grew up in.”  However, there is abounding evidence that children have ZERO NEED and gain ZERO BENEFIT from heavy screen use and access to the internet or social media at a young age.

Any time you combine smart phones and children, the best recommendation is to use the iPhone. Apple has built in restrictions that make safety and security ultra-easy.  As you set up your Home Smart Phone consider the following limits to make this work:

A Home Smart Phone is the perfect answer to your child begging for a phone and your conflicted spirit to grant their desire. Be brave, don’t give into the cultural norm to give 10 year old children their own phone, much less one with unrestricted access. Stand up for their still developing character and the years of childhood they can still enjoy before assuming media responsibility like adults.

Kelly is the author of the book, Managing Media Creating Character, and the founder and executive editor of Brave Parenting. She is a mother of 7 foster-adopted children. Kelly is passionate to help others bravely parent counter to culture and societal norms. She believes parenting is Kingdom work and must be done with the courage and bravery of a warrior of God.
PrevPreviousBlindfolded Parenting and the Rise of Snapchat
NextKids are Savvy and Sneaky – Here’s Why You Should Care:Next