The Real Problems with Fortnite 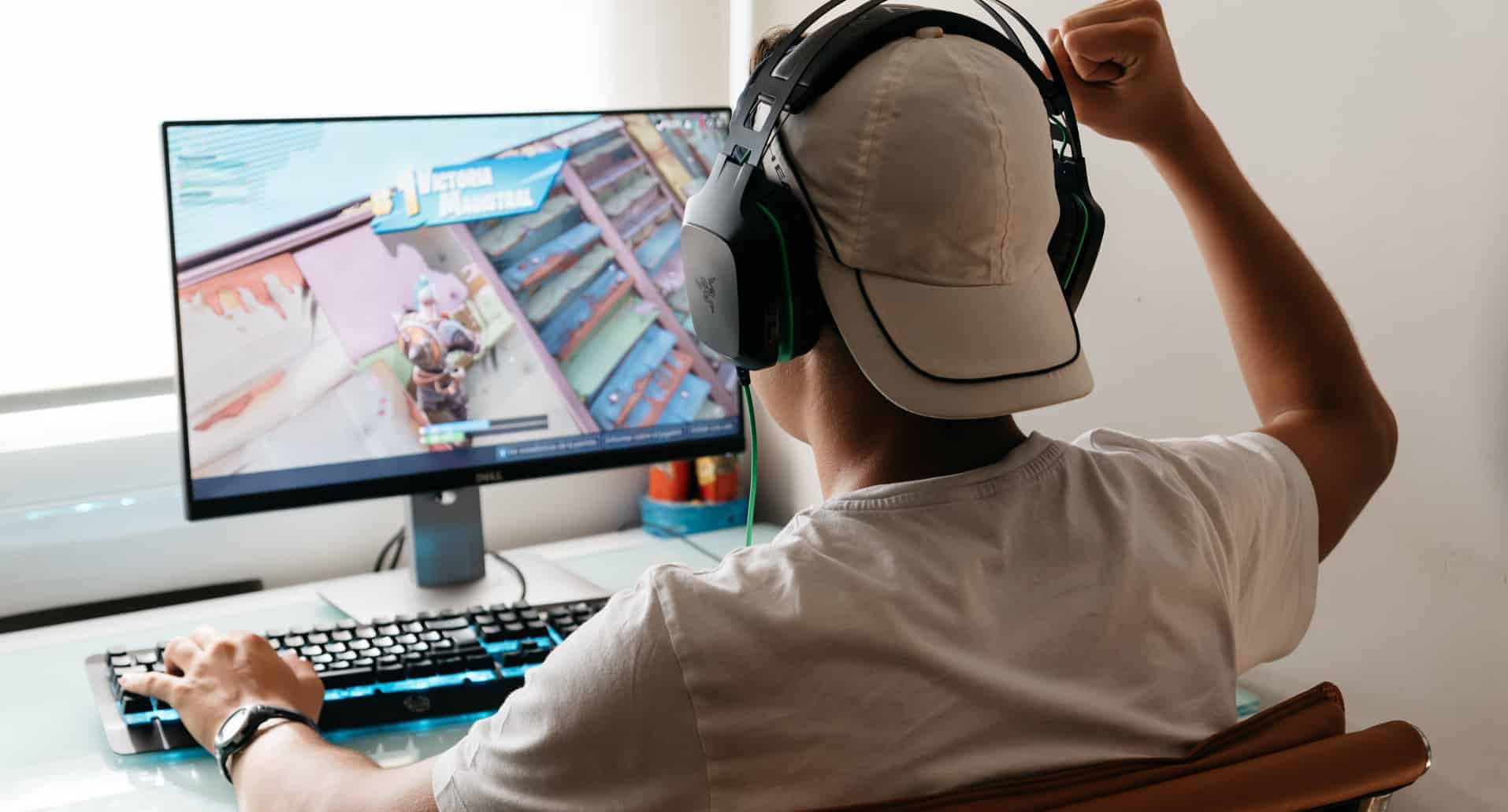 The creators of Fortnite are geniuses. If Epic Games hasn’t been nominated yet for the “TIME 100: Most Influential People”, they should be.

This one game, created by one company, carries an incredible power of influence over many children (and some adults) who play it.

For many parents, they only know the game is fun, social, and its violence is non-graphic. For that reason, millions of parents said yes as Fortnite gained popularity in 2018. But then a battle ensued in homes. Kids wanted more and more time to play, more money to spend on virtual products, gaming headphones to communicate with friends, and the accessibility to other apps in order to stream themselves or watch others play the game.

It’s not as though Epic Games set out to create screen time battles in every adolescent’s home. They used ingenuity and known psychological principles to create a game that targets every pleasure, entertainment, and social connection receptor in the brain. The game’s popularity speaks to their intellect and talent.

But what about us, the parents, raising kids who seem to have been changed by this game? To some, the problem with Fortnite is the game’s focus on guns and killing. To others, the problem is the money spent (or wasted) on virtual items in the game. As of recently, there are real concerns with the social aspect posing a risk for bullies or even predators.

However, there are also new problems with Fortnite making this an unfair fight for parents. Knowing these real problems, however, can help even your odds in the battle for your child’s attention.

There are 200 million players on Fortnite. Not only are they playing but they are also spending money and communicating inside the game. This allows Epic Games to collect an unsurpassed amount of data. Through machine-learning and data analysis, Epic Games constantly enhances the player’s experience.  This keeps players more engaged and playing longer.

Or in other words: addict them.

Dr. Richard Freed, psychologist and author of “Wired Child: Reclaiming Childhood in a Digital Age”, reports that the study of addictive technologies has identified some 200 persuasive design tricks in Fortnite. He states that because so many of these persuasive elements are often combined intentionally, it makes for an unfair fight for parents.

Once the brain’s pleasure and reward system is hijacked, nothing a parent offers will feel more satisfying and rewarding than one more chance to play and win.

A clear example of this is the “NEAR MISS”. An added feature since Fortnite’s introduction, now players can see the “health meter” of the person who eliminated them. Most often, 2 players are head to head shooting at one another until one dies. Once this occurs, the eliminated player can see how close the opponent was to dying via their “health meter”. This gives the sense of a near miss; when you know you almost had the opponent beat.

Another example of machine learning’s mind-manipulation is the intermittent reward.

Fortnite players experience random and intermittent rewards throughout the game. Whether it’s a desired gun, ammunition, health drinks, or bandages, this unpredictable bounty provides novel anticipation in every round. The computer learns what reward will keep the play going longer and then strategically gives that precise reward.

This is the same type of anticipation, coincidentally, that keeps a gambler pulling the lever of a slot machine. 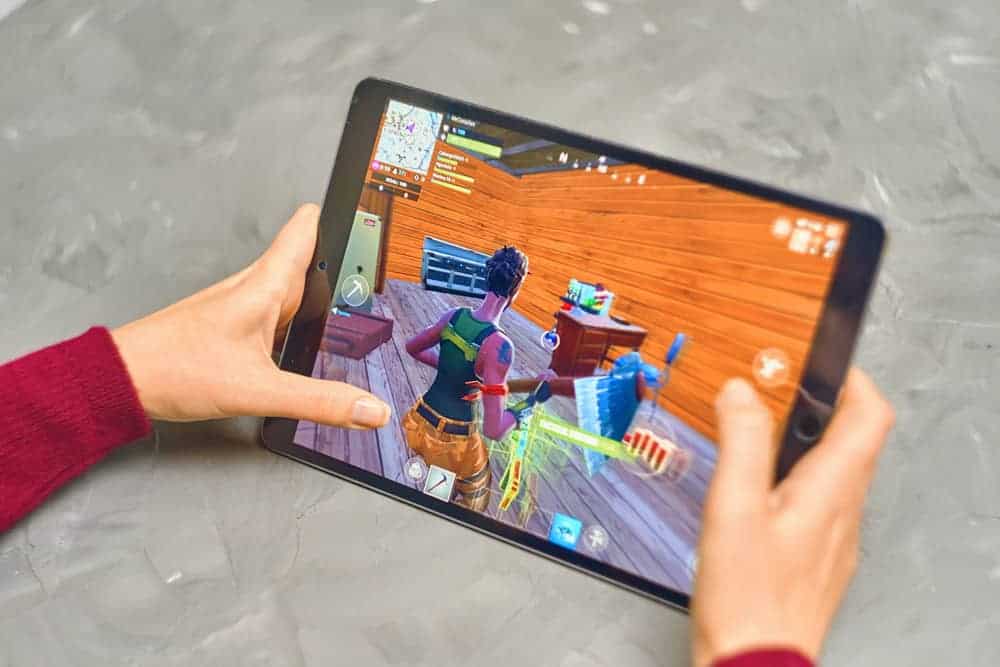 If machine learning leads to persuasive and intermittent rewards in order to play longer, the next, natural problem is DISPLACED TIME.

This is a lot of time spent in the virtual world of Fortnite.  It is also the most watched channel on Twitch. According to the Twitch Tracker, which is updated in real time, there have been 124 million hours watched online in the last 30 days.

Understandably, anything can displace time but there are a few key areas of childhood development that shouldn’t be compromised by a video game:

Children need quality time and conversation with their parents, grandparents, and siblings without screens. Additionally, they need to see friends face to face and interact with them in healthy ways (that is, other than gaming side by side.) When a child’s main interactions with their peers are through the game itself, they risk never developing the relationship skills needed to thrive as an adult.

Any activity outside of the academic school day that a child enjoys builds their self-confidence, teamwork, time-management, and leadership skills. A child should never opt out of an extracurricular activity in order to stay home and play Fortnite.

Regardless if a child is an “A” student or they struggle for “Cs”, time-management and prioritization skills are learned and honed during the adolescent/teen years. Often, with an increased displacement of time,  the game becomes more important than education as the child believes the game holds an equal or greater promise of a career.

This is an often-overlooked and undervalued factor in growth and mental health. A child with the freedom to play Fortnite until 4am most likely will. The consequences, of this sleep displacement, while often not immediately apparent, affects every other factor of their growth especially mental health.

A hope that the game could be their life, their job, their ticket to fame, even their path towards millions.

The most popular Fortnite player and online streamer is Tyler Blevins, aka Ninja. He is the most followed streamer on Twitch – the first to reach 10 million followers and has over 21 million YouTube subscribers. It is estimated he made $10 million in 2018 playing and streaming Fortnite.  What teen boy wouldn’t want to be the next Ninja and make millions playing a video game?

But here’s the deal: he plays an average of 12 hours a day, 7 days a week. Ninja reportedly streamed 3,800 hours in 2018. This is equivalent to two full time 40 hour/week jobs every week of the entire year.

Ninja’s success and popularity combined with the accessibility to the same streaming platforms that aided his success, has led a vast number of young Fortnite players to idolize and mimic him.

Colleges have began offering scholarships for elite level gamers to come play eSports for their schools. Ashland University was the first college to report in April 2018 that they were offering a $4000 scholarship to the top Fortnite players.

This is great for those few top Fortnite players. For the average, run-of-the-mill middle school boy who loves to play Fortnite, however, the hope of fame, wealth, or scholarship through Fortnite is terribly unrealistic.

Out of the 200 million players of Fortnite, if even 2,000 of them make it to the elite, professional level, that gives the average player a 0.001% chance of success.  In comparison, a high-school senior playing basketball has a 30x better chance (0.03%) of successfully going to the NBA. Therefore, this is an unrealistic hope to justify playing for excessive amounts of time. But good luck telling a child that. 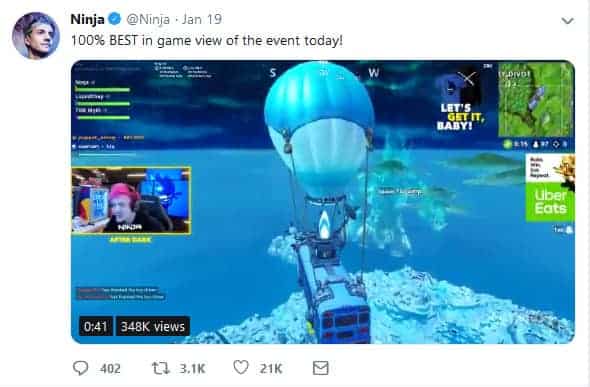 SOLUTIONS TO EVEN THE ODDS

If Fortnite Battle Royale is a very real battle with your son or daughter, consider a few solutions:

Set a limit that both you and your spouse feel comfortable with. Typically, about two hours on weekend days and between zero or 30 minutes on school days.  This provides them with enough time to enjoy themselves but not enough time for the game to take control of their behavior and character.

Due to Fortnite’s multi-platform availability and FREE cost there is a high likelihood your child will play at school, on the bus, at friends’ houses, etc. without you knowing.

Set your time limits assuming they’ll play (or watch others play) more time than you know about.

The video game itself may outsmart, out-entertain, and out-influence you as a parent but ultimately, you are in control of your home internet and cellular data.

And no internet means no Fortnite.

Set boundaries and limits because EVERY child needs them. They’ll thank you when they are an adult.

Consider creating a list of expectations, consequences, and privileges. Clearly define exactly what will earn the privilege of Fortnite and what will take that privilege away.

Sometimes, children just need to see it on paper because they can’t remember otherwise. When they ask for Fortnite, you will already have per-committed answers in order to maintain consistency and avoid a battle.

Too often parents cave to their children’s demands and pleadings because they become convinced “if other parents are allowing this, it must be okay.”

BE BRAVE. Don’t cave. Instead, tell other parents what your limits and boundaries are. Encourage them to adopt similar limits.

Kelly is author of the book, Managing Media Creating Character, and the founder and executive editor of Brave Parenting. She is a mother of 7 foster-adopted children ages 10-20. Kelly is passionate to help others bravely parent counter to culture and societal norms. She believes parenting is Kingdom work and must be done with the courage and bravery of a warrior of God.
PrevPreviousKonMari Your Media
NextSchool Breaks: Keeping Technology in CheckNext