Which is more important to you as a parent:

The government’s responsibility to protect vulnerable children from sex offenders or the constitutional right of free speech for sex offenders?

Tough question. The US Supreme Court justices also thought so in 2017.

In 2010 Lester Gerald Packingham entered a benign Facebook post that landed him in front of the US Supreme Court.

“Man God is Good! How about I got so much favor they dismissed the ticket before court even started? No fine, no court cost, no nothing spent… Praise be to GOD, WOW! Thanks JESUS!”

Unbeknownst to him, he had broken the law. He didn’t break the law because he praised Jesus for getting out of a ticket or because he had seen a judge the same day. He broke the law simply because he posted.

In 2002 (eight years prior to the FB post), Packingham, a 21-year- old college student, was convicted as a sex offender. He was indicted on “two counts of statutory rape for having sex with a 13-year-old girl”. He claimed he was dating her without knowing her age and was later convicted on “taking indecent liberties with a minor”.

To keep up with the digital age, North Carolina restricted registered sex offenders from social media sites, such as Facebook, Twitter, Snapchat, etc. or any “commercial social networking site” where minors may be present. The criteria for these sites are:

North Carolina’s intent was to keep sexual offenders off sites where there is access to minors. The preying on children within social media sites is discouragingly high. Predators camouflage themselves in lies and appear to be safe. They groom their victims, preying on their vulnerability, to gain access without ever having to make physical contact. The internet encourages recidivism of sexual offenders because of its easy access to children. There is virtually no work to do on the offender’s part but maintain a facade of safety.

Unfortunately, these very definitions, Packingham wasn’t allowed to look up symptoms on web M.D., use Amazon.com, or even attend an online school. North Carolina’s law was far too broad.

In 2010, while a sheriff was investigating MySpace and Facebook, he found Packingham’s Facebook profile with a recent post. Packingham quickly found himself back in front of a judge in violation of NCGS §14-202.5. This eventually took him all the way to the US Supreme Court debating the priority of a man’s right to free speech and the protection of minors on social media.

The Grey Area of Proximity

Anyone can connect (even intimately connect) with a child on social media because of their digital proximity. In fact, the very digital nature of the connection often makes the children willing participants of it. Because in truth, when in physical proximity, these connections between predators and children are not only less likely but are also non-consenting! Children understand ‘stranger-danger’ regarding physical proximity, but digital proximity greys their perspective.

Digital proximity is a big deal. Of the 1 billion people on Facebook, it is estimated that 38 percent of all accounts belong to children under the age of thirteen. An estimated 81 million of the accounts are fake. Snapchat, another popular digital hangout for children, reports 59 percent of Snapchat users are between the ages of twelve and seventeen. This equates to a lot of children on social media within close digital proximity to sexual offenders.

Consider if Packingham had been loitering near a children’s playground. He would have been arrested and possibly even put in jail. His proximity defines the threat. Alternatively, imagine you are looking to buy a new home and you discover a registered sex offender lives next door, you may decide not to buy the home. Why? Because the proximity feels threatening? But is digital proximity a threat? How is this different?

“The forces and directions of the Internet are so new, so protean, and so far reaching that courts must be conscious that what they say today might be obsolete tomorrow. This case is one of the first this Court has taken to address the relationship between the First Amendment and the modern Internet. As a result, the Court must exercise extreme caution before suggesting that the First Amendment provides scant protection for access to vast networks in that medium.”

In a separate concurring opinion, Justice Alito had this to say,

“While I thus agree with the Court that the particular law at issue in this case violates the First Amendment, I am troubled by the Court’s loose rhetoric…. And this language is bound to be interpreted by some to mean that the States are largely powerless to restrict even the most dangerous sexual predators from visiting any internet sites, including, for example, teenage dating sites and sites designed to permit minors to discuss personal problems with their peers… Because protecting children from abuse is a compelling state interest and sex offenders can (and do) use the internet to engage in such abuse, it is legitimate and entirely reasonable for States to try to stop abuse from occurring before it happens.”

The Bottom Line for Parents

Every American is guaranteed free speech, however they are not guaranteed protection from online predators when in digital proximity.  Our Supreme Court did their job to uphold the Constitution and protect freedom. Parents then, must do their job to protect their own children.

If the Supreme Court cannot define digital proximity or social media – then as protectors of our children, we must do it.
What You Should Do NOW: 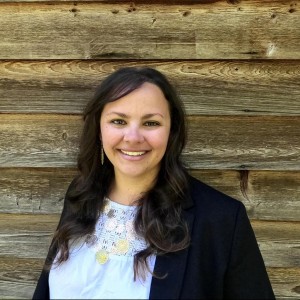 Chelsea is married to her high-school sweetheart, Zach, and they have three kids which they homeschool. She is a graduate of The Master's University in biblical counseling. Currently, she volunteers in her local church as a women's counselor and Bible study teacher. She is passionate about teaching God's Word to her sisters in Christ. Of course, their location is always subject to change due to their military life-style. She loves to travel and explore new adventures. When she isn't busy, you can find working in her yard and jamming out to classic rock.
PrevPreviousHow to Wean Your Child Off Social Media
NextLEGO Life App and The Slow Death of Childhood PlayNext